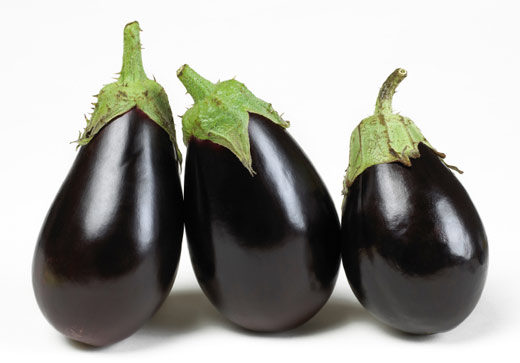 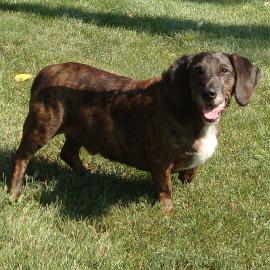 I know, he looks so innocent.  But you better believe his schnoz has not come even near my feet for the past few weeks.  I know where that's been...

Anyways, I've been cooking and actually have seen my skillz kick it up a few notches.  Just in time for my one year blog-o-versary and my New Year's Resolution which will be to cook at least one thing a week without a recipe.   This is scary to me.   Like, I'm sweating just thinking about it...

So let's call a spade a spade and move on.


Last week, I had the pleasure of attending an event to mark the 1-year anniversary of Bombay Wraps existence in Chicago.   I had never visited this place and was a little hesitant because the idea of "fast food Indian" sounded a little scary.   But, I decided to go anyways because they were giving out free beer.

And so was Matt.

We showed up and lo and behold SUZY SINGH was there.

Don't know who she is?   Let me refresh your memory: 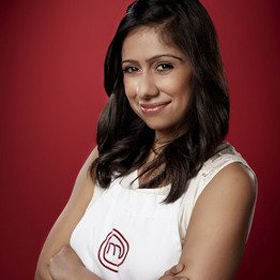 She was like, the third runner up for the most recent Master Chef season.

This was a big deal to me.  I never really get into those cooking shows, but for some reason, this most recent season got me HOOKED.  I was obsessed with this show.   Now, I won't claim that Suzy was my favorite...she actually took on the role of the villain in my opinion, BUT, I still appreciated her spunk and entertainment quality.

So, imagine my surprise when she was literally standing RIGHT THERE when I walked in... 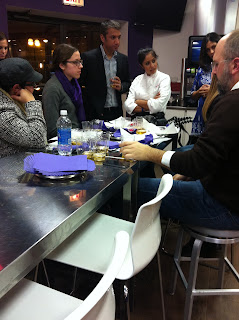 Anyways, she was there because she is collaborating with Bombay Wraps on their breakfasts and desserts.   She also says that she's been trying to come up with an Indian food truck and thinks that Bombay Wraps has the most potential and authentic flavor for Indian street food.

So, Suzy (we're on a first name basis here) walked us through the menu.   Unfortunately, I could only eat a few items (I got to drink all the Goose Island beer pairings I wanted to...teehee), but those that I could were FANTASTIC.   The appetizer Samosas were delicious and the different sauces you could put on them were especially great (I think one of them was the cilantro chutney.  Me+cilantro=truluv4eva).   I also parked in front of the sweet potato fries and was a-ok until I was able to taste a wrap.

And the wraps were great.

I had the Potato Tava wrap which was filled with sauteed potatoes, pickled onions, and cilantro chutney.   The filling was great, but the Roti was SO delicious.   I feel that the Roti bread is what really set this place apart from other Indian restaurants and other fast food restaurants.  You sense that this is high quality and when we asked if they had Roti we could purchase to take with us they said that they only make it to order.  That's a sure sign of quality right there.

Even though I couldn't taste as much as the other people at the tasting, the owners and their family and the staff were soooo accomodating.   No weird "why are you vegan" questions.  The owner's brother-in-law actually went in the back and brought out a soup he had been working on and let me taste it.  The soup was SO good.  I encouraged them to put that on the menu as well, especially in winter.

All in all, I highly recommend this place.   It's great for a fast lunch that is still high quality.   As a vegan, there is really only Subway and Taco Bell when you're on the run.  This option is great because it's different, it's apparently authentic, and you don't feel like your vegan item is an after-thought.   I really hope to see Bombay Wraps develop into a chain because I mean, we have Mexican fast food, Chinese fast food, American fast food.  This is just so logical it's silly.

Anyways, I encourage vegans and non-vegans alike to give this place a try.  Great food, great service. great location right in the loop of Chicago. 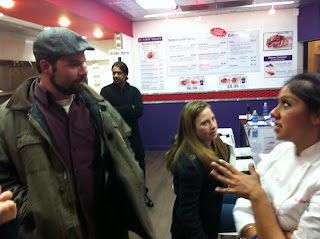 (That's Matt asking her if Gordon Ramsey is as much of a jerk as he seems to be...I'm glad he doesn't hold back in awkward situations...)

Happy ventures into holiday town, ya'll (that is the most inauthentic sentence I've ever typed).
Posted by Rachel W. at 12:43 PM